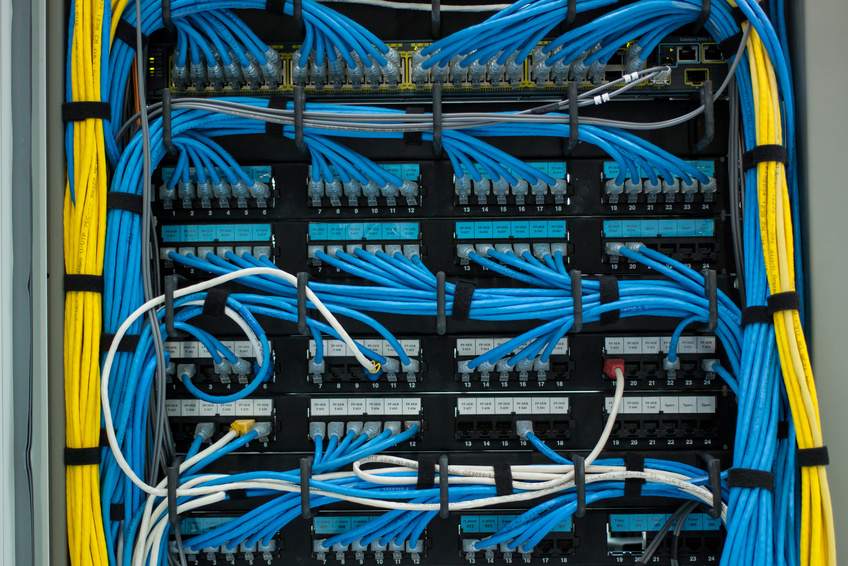 Whether you’re looking for a replacement phone charger or 100 ft HDMI cables, it can seem like you’re reading alphabet soup. While there are dozens of cord-related initialisms you likely won’t need to know, we’ve deconstructed the three most common household cable initialisms for you. Keep reading to better understand their names and functions.

There is a whole universe of cables and connections that connect our modern world, from Ethernet cables to fiber optic cables to simple power cords. Initialisms, like the three discussed above, make differentiating between cables an even bigger headache. By knowing what they are and what they do, you will be better prepared the next time you’re shopping for electronics or troubleshooting connectivity issues. 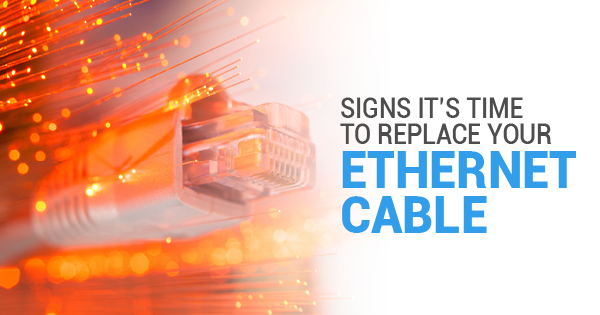 If you’re not always able to connect to the internet, have a notoriously slow connection, or the connection drops, the Ethernet cable could be to blame. If you’ve ruled out the possibility of the cable becoming unplugged somewhere, there could be damage within the Ethernet cable itself that’s inhibiting you from getting online. When your connection is intermittently slow, that can indicate that your cable is on the fritz, while consistent slowness may point to a cable that’s already damaged beyond repair.

Another way to tell that your cable might need to be replaced is whether you can “wiggle” it back to its former glory. It may sound strange, but if a wiggling motion is able to restore your failed Ethernet connection, that can be a helpful clue. It can indicate that your cable connector or internal wire is broken, which means the connection to the internet will always be unpredictable. Even a small movement can disrupt the connection, which can make it extremely difficult to work or play online. Keep in mind that wiggling a damaged cable can worsen the existing damage, so you shouldn’t test this theory to excess. But if you notice a big difference when you wiggle the cable, you may want to explore the different Ethernet cable types available to you for replacement.

There’s a final, easy way to assess whether your Ethernet cable needs to be replaced: if the problems disappear when you use a different Ethernet cable. It may sound quite obvious, but you’d be surprised by the number of people who haven’t tried a different connector to see whether the problem is actually a cable-related issue. If the problem persists, you’ll have a better idea of what isn’t causing it. And if your connection miraculously improves, you’ll have the information you need to purchase a new cable that’ll satisfy your internet needs.

Now that you have a better idea of whether your Ethernet cable needs to be replaced, you can check out our selection of cables that will provide faster, more reliable connections. For more information, contact us today. 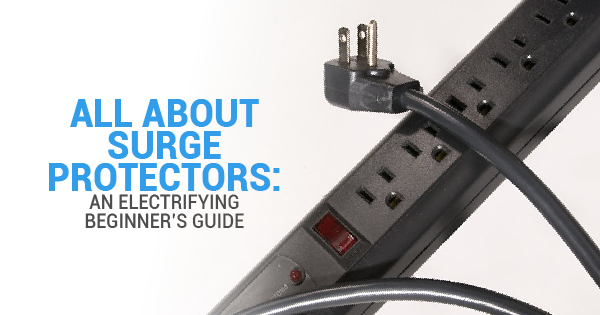 There’s no doubt that we rely on our devices to work, to play, and to communicate. Not being able to use your computer, phone, or television might be a minor inconvenience to some, but to others, it can represent a total disaster of a day. Not only can a mishap like this completely disrupt your plans, but it might even mean you have to replace this very expensive equipment. That’s often the case if your electronics experience a power surge or spike — which means you need to do everything in your power (pun intended) to protect your gadgets.

That’s where surge protectors come in. But how exactly does this technology work? Is it even necessary? And how do you go about choosing a surge protector for computers, television sets, and other technology? We’ll answer those questions in today’s post.

What is a surge protector and how does it work?

Surge protectors are aptly named; they protect all kinds of electronic equipment from power surges and power spikes. These events occur when electrical line voltages undergo sudden shifts — like when an appliance that requires a lot of power turns on or off or a storm causes a power line interruption. Surges typically last longer than spikes do, but they carry less voltage. However, both of these instances can irreparably damage your electronic equipment. Surge protectors will absorb and then channel the extra voltage away from the devices they’re connected to, thus saving you both money and emotional devastation.

Won’t my power strip do the same thing?

A lot of people assume that their power strip fills the need for surge protection. But actually, these two pieces of equipment are not the same thing. A basic power strip will simply provide multiple electronic outlets into which you can plug your electronics. This may allow you to use many types of gadgets at once, but it won’t protect them from surges. However, there are power strip surge protectors, which offer both of these capabilities. Just remember that not every power strip is automatically going to protect your devices; you need to ensure that it actually offers surge protection, too.

Are surge protectors for computers, TVs, and other electronics really necessary?

In a word: yes. You might think that the chances of your device being impacted by a lightning strike are slim to none — and you may be right about that. But that’s not the only instance in which having surge protection is essential. If you use a window unit air conditioner, live in a building with old electrical wiring, have ever dealt with a downed power line, or rely on technology, you need a power strip surge protector. While you don’t need to plug a desk lamp or a box fan into these outlets, they’re the only thing you should use to power up your laptop, charge your phone, or connect to your TV or gaming system. That way, you’ll have peace of mind that if a spike or surge should occur (which happens more often than you’d think!), your devices will be safe.

What should I look for in a power strip surge protector?

There are several factors to consider when choosing a power strip surge protector. First of all, you need to ensure that it has the number of ports you need and that they are spaced so that they can all be used at the same time. Then, you’ll have to pay attention to the protector’s energy absorption rating, which is represented in joules. This number should be as high as possible. For example, to protect an entertainment center, computer, or home theater equipment, get a surge protector with a joule rating of 2500 or higher. You may also want to look at the clamping voltage, a number expressed in volts that basically indicates when the surge protector starts doing its job (you’ll want this number to be as low as possible). Finally, check out the protector’s warranty and certifications to ensure it’s the real deal.

When it comes to your electronics, it’s always best to be prepared and protected. By purchasing a surge protector, you’ll safeguard your tech against the unforeseen. 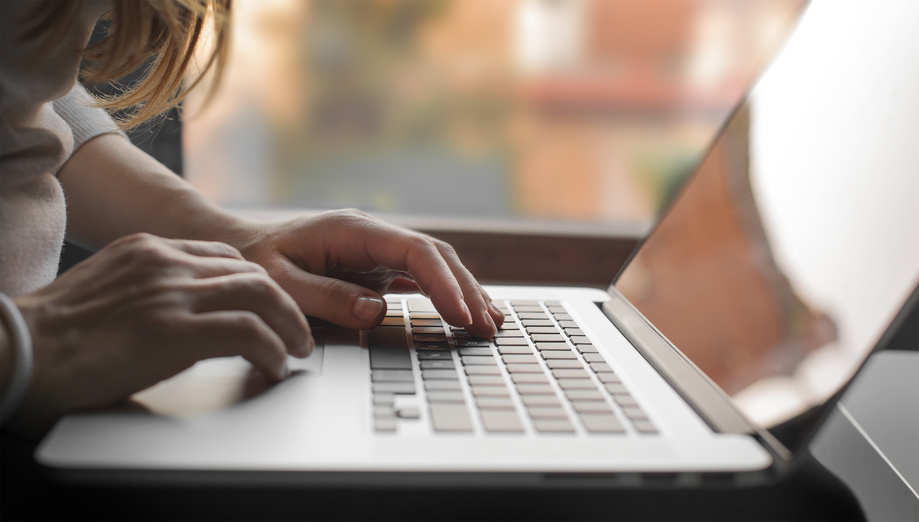 As of March 2017, there were 3.74 billion internet users all around the world. While many of us feel a need to be constantly connected in this manner, the reality is that not everyone connects in the same way. Case in point: our different internet connection preferences. While some users couldn’t live without their WiFi, others are loyal to their Ethernet connections. There are definitive pros and cons to each method — and each option has its fair share of misconceptions that people believe about these internet hookups. For better or for worse, we’re debunking a few of those myths in today’s post.

MISCONCEPTION: Wireless internet is always better than an Ethernet network.

Reality: Having WiFi may be more convenient, but that doesn’t mean that it’s always better. In fact, an Ethernet connection may be much more beneficial in certain situations. Wired internet is typically seen as being faster, more secure, and more consistent than wireless internet. While improvements have been made to WiFi connections in recent years, they often still pale in comparison to what network Ethernet cables can provide. Of course, having WiFi allows you to move around freely without being tethered to a cable hookup. But if you require something fast and reliable, you’re probably going to find that an Ethernet connection is better for you.

MISCONCEPTION: Only desktop computers can have wired internet connections.

Reality: Actually, you can benefit from an Ethernet connection if you have a laptop computer, too! It may be more common to see desktop PCs hooked up to wired internet networks, but there’s no reason why your laptop can’t be. Of course, you may not want to be forced to work on your laptop in one spot. But if you have a designated desk space or a 500 ft Ethernet cable, you may find that it works great. Plus, it’s an excellent way to ensure you can transfer large amounts of data in a short time period, that you can game without interruption, or that your connection is more secure.

MISCONCEPTION: With WiFi, you’ll get the speeds your ISP promises.

Reality: This is, unfortunately, not usually the case. It may not be because your internet service provider is purposefully trying to deceive you, though ISPs have gotten in trouble for this more recently. Ultimately, it may likely come down to how internet speeds are advertised and how this information is interpreted by the client. Because wireless networks have what’s called environmental degradation — i.e., they become slower when more people are trying to access the airspace — ISPs can’t accurately predict how fast WiFi speeds will be. Therefore, they actually base promised speeds on the devices connected to Ethernet networks. More often than not, you won’t receive the speeds you think you’re paying for if you’re using WiFi. This further illustrates our point from earlier that Ethernet connections are speedier and more reliable. If you really want to get what you pay for, Ethernet is often the best way to go.

Undoubtedly, WiFi does have its benefits. These setups allow multiple devices to connect to the internet and give users the freedom to move around a given area. But this convenience has its drawbacks, too. As we’ve shown here, Ethernet hookups provide more reliability and faster speeds than WiFi can typically offer. When it comes time for you to make a decision pertaining to your internet connection, you might do well to consider the truth behind these myths. That way, the choice you make will be based on your true needs, rather than on what you think you know.