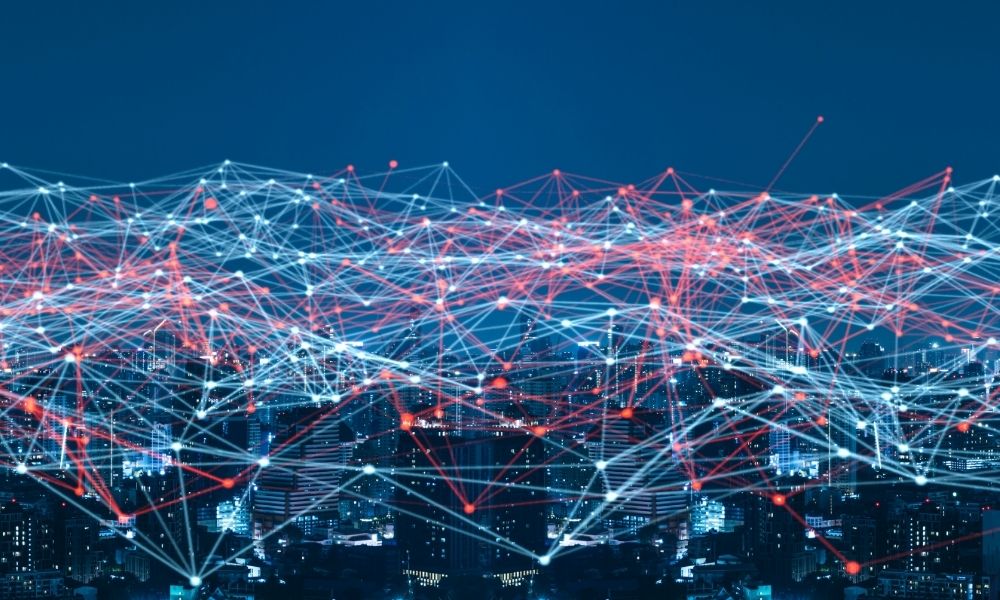 Of the five main types of network topology, mesh topology is the most interconnected. Within a mesh setup, each technical device connects to one another using several high-quality cables. The interconnectivity in a mesh topology is unique to its topology type and has both beneficial perks and unfavorable challenges. CableWholesale looks at the eclectic advantages and disadvantages of mesh topology.

Full Mesh Topology: When professionals refer to mesh topology, they are typically talking about full mesh networks. In a full mesh system, every device within the network connects with every one of the other devices.

Partially-Connected Mesh Topology: A partially-connected mesh network requires at least two network devices to connect to several other computers within the system.

Most of the advantages and disadvantages of mesh topology derive from there being lots of wired connections within the setup. Let’s look at what makes this topology type beneficial.

For every perk that comes with having a mesh topology setup, there is a disadvantage. Weigh the pros and cons of a mesh topology before implementing one for your business to see if it offers the network requirements of your devices.

To build out a mesh topology, the network needs plenty of efficient cables. At CableWholesale, we prioritize developing our technical accessories to exceed performance expectations. From 100-foot HDMI cable bundles to charging stations and PPE, we have everything a business needs to be functional and efficient.