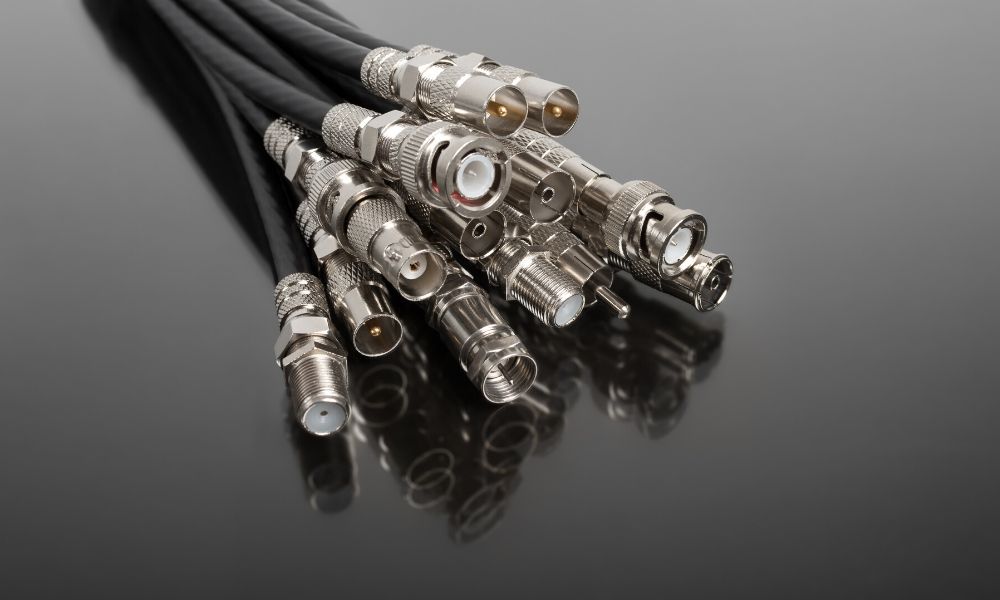 If someone were to say to you, “Hand me the AV cable,” would you have any idea what they’re referring to? Many people wouldn’t know which cable to grab, even though we use AV cables all the time and have been for decades. Anytime you binge-watch your favorite Netflix show, put a DVD in, or play the latest video game, you’re using an AV cable. Nobody likes to watch a show with constant interruptions, so to avoid the frustration, you should make sure you’re using the right AV cable. To avoid wasting precious screen time with interruptions, you need to know the different types of AV outputs.

What is an AV output?

AV stands for audio visual—in other words, these cables make your televisions, speakers, and more come to life for entertainment. AV cables have helped families and individuals entertain themselves in their households with gaming consoles or sound systems. In addition, many businesses, like movie theaters, employ AV outputs as an integral part of their operations. In other words, without AV cables, life as we know it would not exist.

The types of AV cables

Most people are familiar with some of the following cables, while other cables might be unfamiliar. Regardless, you probably have at least a couple of these cables in your home or business currently.

The most common type of composite AV cable is the traditional RCA cable. Most of you have likely seen this cable on your parents’ or grandparents’ televisions or VCRs because older televisions have RCA jacks. The RCA cable is the traditional white, yellow, and red one. Most people and devices don’t use RCA cables anymore because they don’t transfer high definition signals. Instead, most applications nowadays use HDMI cables––more on those later.

Sometimes referred to as S-video, these cables were widely popular for older DVD players, VCRs, and TVs. In the past, manufacturers made S-video cables as an upgrade from the composite cables. However, super-video cables didn’t last very long for typical use because television manufacturers ceased the installation of S-video jacks. You can still get S-video cables if you want that retro experience. However, you’re probably going to need extra attachments since most televisions won’t come with the appropriate jacks anymore.

People often confuse component video cables with RCA cables because they’re similar. Component cables also have colored shields; however, they’re red, green, and blue, each with their own single prong. However, they’re also an upgrade to RCA cables. Similar to S-video cables, manufacturers designed component cables to offer a high definition connection––or what people considered high definition at the time.

If you’ve ever connected your computer to an additional monitor or television, you may have used a VGA cable. While VGA cables were the only way to connect a computer for many years, they’re not quite as common anymore.

Another option is a DVI cable, which is like a VGA cable, only it’s a digital-to-digital connection. The reason that a digital-to-digital signal is significant is because there’s minimal interference, allowing for a sharper image and better color saturation. However, nowadays most computers would connect to additional monitors or TVs using an HDMI cable.

So you may have picked up on where all these previous cables have been leading––high definition multimedia interface cables, better known as HDMI cables. With the rise in technology and video quality, the previously mentioned cables simply couldn’t keep up. Now people are regularly watching movies in HD, and even 4K. That said, consumers and businesses needed higher quality cables that were capable of showing HD and 4K video, and HDMI has been the best option available so far. An added benefit of HDMI cables is the fact that they can support audio in addition to video. Many of the previous cables could not, or for those that did, they weren’t very good quality.

How to know which is right for you

Let’s say you’re connecting a television to a separate device such as a cable box or DVD player. The easy way to find out which cable is best for you is by looking at the back of your television. Most televisions will have the available inputs clearly marked and easily accessible. If you happen to have an older television, you’ll probably need a composite cable or super-video cable. On the other hand, if you have a new or relatively new television, it’s safe to assume that you’re going to need an HDMI cable. In other words, the only AV cable most TVs and DVD players will need is an HDMI cable. That said, you need to decide which HDMI cable you’ll need. Many of them will work fine with your setup; however, if your main television is a smart TV, that means you’re connecting to the internet. To ensure the best audio and video quality, in addition to internet connection, you should get a high speed HDMI cable with Ethernet.

Whether you’re tech savvy or not, you’ve probably come across many of these different types of AV outputs. It’s important to remember to check your particular television and devices prior to updating your cables.

Here at CableWholesale, we believe in offering high-quality cables for individuals and businesses. Whether you need to update your cables or need help deciding which cable is right for you, we’re here to support you. We have an extensive inventory for you to shop from, and we can help you replace all your cable or just a single one. For more information, contact us today.