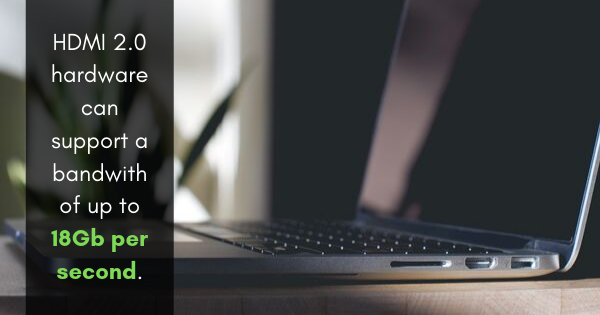 Whether you’re connecting your computer to a monitor or setting up your home entertainment system, choosing the right video cables is essential to make sure your experience is the best that it can be. With so many different types of cables and connections on the market, choosing one can get confusing quickly.

VGA stands for Video Graphics Array, and is one of the oldest video cables still on the market. It was developed by IBM, with the cable being released in 1987. VGA cables send data through an analog signal, which has since been made obsolete by digital signals. Supporting resolutions of up to 640 x 480 and 16 colors, this type of cable is made out of 15 pins, through three rows of five pins. These cables can also be distinguished by their blue color. As mentioned, these cables have grown obsolete, replaced by the newer video cables, such as DVI and HDMI.

DVI stands for Digital Visual Interface, a cable created by the Digital Display Working Group in 1999. This cable has a few different modes: DVI-I, DVI-D, and DVI-A.

Both DVI-I and DVI-D can come in either single-link or dual-link. Single-link cables support a resolution of up to 1920 x 1200 at 60Hz, with the dual-link cable supporting up to 2560 x 1600, again at 60Hz. DVI cables are still fairly common today, used to connect some older computers and monitors, or if you’re connecting multiple monitors and only have a limited amount of ports.

HDMI cables are one of the most common today. The acronym stands for High Definition Media Input, and was created by a group of manufacturers, including Sanyo, Toshiba, and Sony. Unlike the previous two cables, HDMI can transfer both video and audio. On the audio side, HDMI 1.4 cables are capable of transmitting 24-bit uncompressed audio at a frequency of 192 kHz. In terms of video transmissions, HDMI 1.4 supports resolutions up to 4096 x 2160 (commonly referred to as “4K”). The newer, HDMI 2.0 hardware can support a bandwidth of up to 18Gb per second.

There are three main types of HDMI cables to know about:

HDMI was originally meant for home entertainment, but have found use in the world of computers as well. With how highspeed HDMI cables are, they have grown in popularity and are pretty universal today. They are extremely useful for any situation, even at a distance (as you can buy up to 100 ft HDMI cables).

The DisplayPort cable was originally developed by the Video Electronics Standards Association. Similar to HDMI, DisplayPort cables can carry both video and audio. With DisplayPort 1.4, this cable can transmit resolutions of up to 7680 x 4320 (also known as 8k), surpassing the capability of HDMI 1.4. Unlike HDMI cables, DisplayPort was designed specifically with computers in mind, with the main purpose being for consumers to use higher resolution monitors. As DisplayPort ports aren’t the most common on the market (at least compared to HDMI), it is easy to find adapters and HDMI to DisplayPort cables, so you can have both types in one cable.

Video cables are essential to our lives, from home use to business. Choosing the right video cable for the job can greatly affect what you see through your monitor. For normal day-to-day use, DVI and HDMI cables will get the job done, but if you have a high-resolution monitor, you may want to think about picking up a DisplayPort cable. And for that, you’ve come to the right place.