With all the advances in technology, from the radio age to and beyond the information age, it is quite easy to lose one's bearings when it comes to audio, A/V, data and video interfaces, not to mention the cables that bridge their connections. This month, we will try to make some sense of this signal and connection-type frontier. While this may not be the most cutting-edge technical article topic, we feel that this subject is both important and potentially helpful to many of our customers.

Let us first define that by "interface" we are referring to an agreed upon specification that two or more devices use to communicate with one another. Whether the signal is for computer-to-modem communication or between an iPod and headphones, the fact is that both devices must be compatible with the same interface. For example, both USB 2.0 and FireWire 400 are data transfer signal types. However, these two interfaces are inherently different in the manner the zeros and ones are transferred and thus are incompatible with one another without a converter. 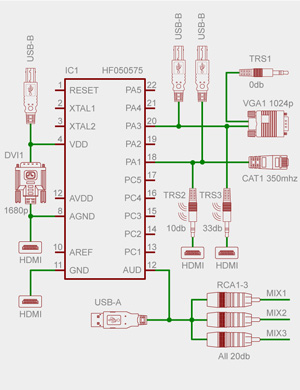 You don't need a degree in electrical
engineering or be able to read a schematic
to make the right connection...

Secondly, we will be using the term "signal type" to encompass a class of interfaces related by their primary function. For example, both VGA (or the more current version SVGA) and DVI are both video signal types. Although the latter may transmit its video through a digital stream of bits, it is not considered in this article as a data signal type due to its primary function of transmitting video.

It is paramount that interfaces not be confused with the connectors they use. While some connectors may exclusively be used by one signal (e.g., HDMI), others such as RCA plugs are used by a handful of signal types for both audio and video. As such, terms like an "RCA cable" really have no meaning except to describe the connectors on each end. Instead, users should focus on the interface delivered through the cable and its signal type.

This article is broken down into four sections by signal type: Audio Signals, Audio/Video Signals, Data Signals and Video Signals. In each section, we provide a description of the interface including its history, a pictorial view of the connectors they use, any associated sub-interfaces, bandwidth/data rate information, maximum cable lengths and where the connectors are used. While we feel the tables below represent the majority of common signal types, it is by no means exhaustive and omits some classes such as power cables.

An audio signal is used as a representation of sound waves that can be stored, modified or transmitted. Of the four signal types in this article, audio signals are the oldest with electro-magnetically transmitted audio dating back to the late 19th century. Audio signals can take the form of low-level voltages, magnetic particles, radio waves and even light pulses, with each having advantages and disadvantages. For example, low-level analog voltages can provide huge bandwidth but experience losses from EMI at distances. Optical audio signals on the other hand are inherently immune to EMI but suffer signal degradation with each bend in the cabling. 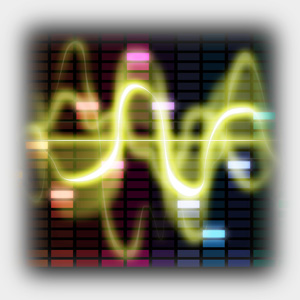 In the past, all audio signals were analog and resulted from converting moving air (sound pressure) into positive and negative voltages through the use of a transducer. These signals worked well for recording on magnetic cassettes and records. Unfortunately, analog audio signals are easily corrupted by noise, EMI and other factors such as capacitance and resistance over distances. Additionally, analog audio signals are not instantly accessible and require large amounts of data for storage. Digital audio however does not suffer these setbacks as it can use error correction algorithms, is easily transmitted and can be compressed to require little storage space.

While digital audio has quickly gained ground since the public introduction of Compact Discs in the early 1980s, analog audio is still ever-present, since most audio signals start out analog via transducers in microphones or instrument pickups. Additionally, all audio signals must end as analog too, as a digital signal cannot drive an end device such as a speaker or headphones. These signal conversions between analog and digital and vice versa are made possible by devices called ADCs and DACs respectively.

Audio/video interfaces are a cable-based signal type that has become very popular within the last decade in consumer electronics. Driven by the public's hunger for larger, higher definition televisions and more complex surround-sound systems, digital technologies with high bandwidth and future scalability were needed.

Coming quickly into its own in the mainstream market for display and sound interconnects is the audio/video cable. There are two primary contenders in this arena: the DisplayPort created by VESA (Video Electronics Standards Association) and the HDMI (High Definition Media Interface). The list of similarities between these two cables is quite long. For example, both cables offer multi-channel digital sound for 5.1-7.1 surround sound setup. They both are capable of delivering extremely high data transfer speeds, with HDMI claiming 10.2 Gb/s and Display Port claiming 17.2 Gb/s. Both cables can deliver stereoscopic 3D for your 3D Blu-ray or sporting events as well as providing digital copy protection. Although these specs seem very similar there are applications where one is better than the other. For instance for a computer, the DisplayPort features a uniquely scalable bi-directional auxiliary channel. Thus, future implementations of the spec can be scaled upwards to support the signals of a monitor's embedded microphone, USB hub, webcam, etc.-over the same, single cable that carries your video signal. HDMI has also made its mark on digital cameras to transfer images via a HDMI/Mini HDMI cable to your TV, and just recently we have seen a flux of cell phones adopting the micro HDMI to stream content right from their phones onto a big screen. So while both are very similar they both serve distinct roles. 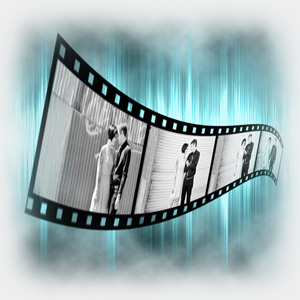 Data signal types originated in the early 20th century with the use of teletypewriters which allowed data signals to be digitally encoded, transmitted and decoded over long distances. As the 20th century progressed and computers evolved from government- and research-only, building-sized monstrosities to office based equipment, digital data signals evolved too into two separate categories: signals for communication with peripheral equipment via parallel ports and serial ports and signals for communication with other computers via a network.

Data communication between computers and peripherals has historically been through copper-based cabling but is increasingly becoming wireless through protocols such as Bluetooth, WiFi and Wireless USB. It is common for new cable types to be released with the introduction of new interface types as well as iterations of data types (e.g., USB 2.0 and 3.0). While the cycle of buying new equipment requiring buying new cables to connect it may never end, peripheral cables are usually inexpensive compared to network cabling.

Unlike peripheral communication, network communication typically must rely on existing communication links whether they be older twisted pair copper-based, coaxial cables, newer fiber optics or even wireless transmission methods. As adding or modifying existing infrastructure is expensive, changes in data communications often involve changing the protocol for sending and receiving binary information rather than changing the hardware in between. Furthermore, network communication is unique is that the distances involved might nearly infinite but still attainable as in the case of computer to computer communication through the world wide web. In this article, we focused only on data communications via Ethernet signals as they are the most commonly used by consumers. Fiber optic data transmission was intentionally left off as the topic was covered in depth in last month's technical article which can be found here: Fiber Optics An Overview. 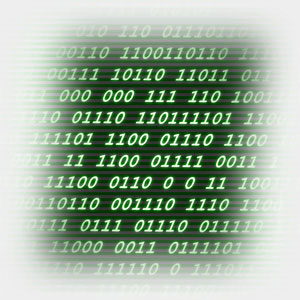 Video signals are similar to audio signals in their means of transmission as well as historical progression from analog to digital. However, the information contained in video signals is far more complex. Video signals, whether analog or digital must contain information on frame rates, scanning, color depth and saturation, brightness, etc. As such, video as a whole requires greater bandwidth than audio signals. The cabling used to support different video types have reflected the resolution capacity of both the image-generating camera and the display type at the time. For example, advanced high resolution cables such as DVI would be useless with the adequate hardware to support them.

Just as in audio, video too made the transition to the digital realm in the 1980s. It was not until after the year 2000 however, that digital video in the United States was in widespread use with the rise of DVDs and digital cable television. Digital video is necessitated by HDCP and efficient transmission. However, modern analog video is not without its merits too. Most consumers are unaware just how high of resolution can be transmitted by the VGA video signal family with QSXGA rivalling even DVI for supported resolutions. Furthermore, analog video as a whole can be transmitted greater distances than their digital counterparts before signal degradation renders the picture useless. 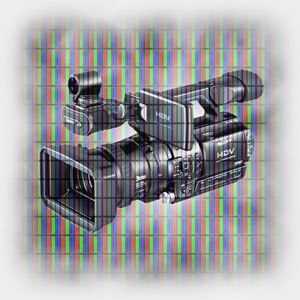