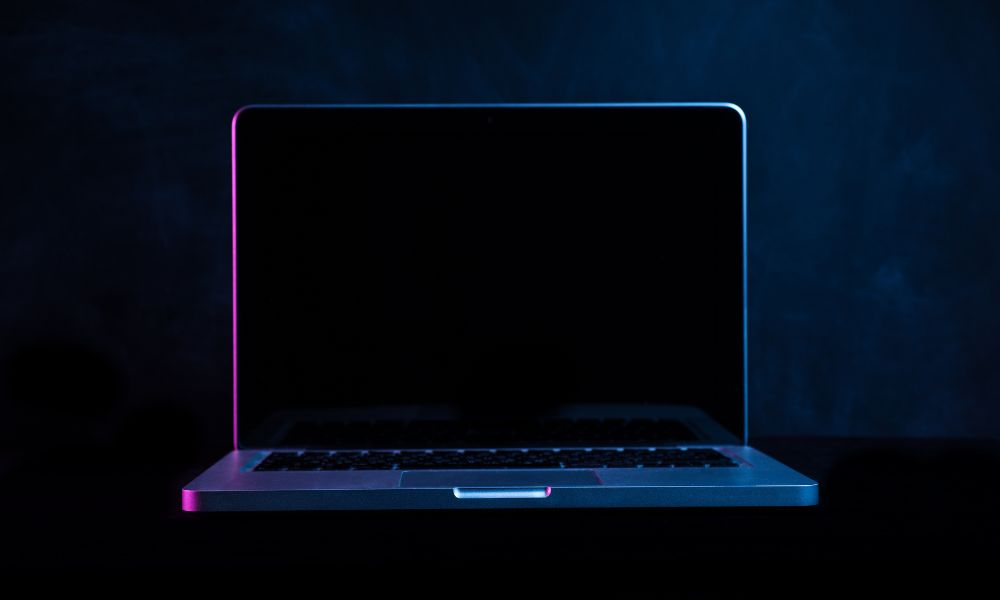 The use of technology throughout the decades has proven to be an effective method in advancing society, but there are times when technology has failed. Computers malfunction, cables will short, and monitors will experience the dreaded Black Screen of Death. When your monitor only shows a dark screen after turning it on, you will need to use different methods of troubleshooting to fix the problem.

What Is the Black Screen of Death?

The Black Screen of Death is the occurrence of an error in your monitor or PC where the monitor displays a black screen despite the computer and monitor having power. When you see this black screen, there is a problem with the inner workings of the computer or the monitor, which may stem from multiple different possibilities. This problem is fixable and has various methods for problem-solving.

Why Does It Happen?

There are numerous reasons why the Black Screen of Death may occur, but it will most likely come down to a software or maintenance issue within the PC or monitor. Anything that has direct access to the control of the PC may potentially cause harm to the system and create errors such as the Black Screen of Death. Troubleshooting your PC will involve understanding where the root of the problem resides.

When you update your computer software, you give access to your PC’s functions, including its controls and displaying the data you see on the monitor. The Windows 10 and Windows 10 Pro software are the most current version of Windows that numerous computers use, with the most up-to-date functions and design. Unfortunately, the Black Screen of Death is a glitch tied to the incomplete installation of Windows 10.

When the update is installed, the computer will restart, and you will need to log into your computer once again; however, you may see a completely black screen except for a few icons and the mouse cursor that you move. This black screen is due to the data of the update not being implemented, which would make the screen appear as it usually would.

Specific software will affect the layout of a screen, which mainly occurs with programs that appear over the entire monitor screen. This large projection of the program may lead to a glitch caused by a bug in the software that will cause your screen to go black. PC games and media players have multiple executions in their programming that can happen simultaneously, so when they are in full-screen mode, they may cause the Black Screen of Death to occur from any software bugs.

Overheating is a constant threat when it comes to technology, and computers and their parts are susceptible to damage caused by overheating. When PCs overheat, they won’t function as well, as the heat will cause parts to lock up or become damaged. However, modern PCs have a power-down switch when they become too hot. The PC may attempt a restart, and its components will also try to restart. But there may be a problem with the monitor exhibiting a black screen due to the sudden powering down and powering up, resulting in a Black Screen of Death.

Computers have a built-in graphics card that allows us to see images on the monitor from the data delivered by the PC. The graphics card needs power from the PSU (power supply unit) in the PC, and if it has an insufficient amount of energy, it won’t display anything on the screen except for a few dots or lines regardless of whether or not the VGA Cable works. Your Black Screen of Death may cause the lack of power in the PSU that your graphics card needs.

With so many potential causes of a Black Screen of Death, there will need to be multiple methods to find a remedy for this problem. Fortunately, these problems have solutions to get your monitor screen functioning again.

Unplugging and Re-plugging the Monitor

The monitor is normally plugged into the PC and gains audio and visual data on the screen, but it may occasionally have connectivity issues due to a faulty cable or port. As a classic method, unplugging the monitor from the PC and waiting a few moments before plugging it back in may fix the Black Screen of Death. When you re-plug the monitor, make sure you wait a few seconds to see if the black screen persists or if anything changes on the screen.

If you still see the Black Screen of Death, the problem may still lay in the connection or possibly another cause. But if you see a slight improvement, but there are still problems with the display, the cord is malfunctioning, and you will most likely need a new one.

Another classic troubleshooting method is the cold start, where you hold down the power button until the PC turns off while holding F7 or Shift and F8. The cold startup ignores the hibernation file that stores your previous session and will restart all programs and applications you have open.

This option may have some risks if you work on an important project and don’t save it when your screen suddenly goes black. Still, it is a reliable method in rooting out any glitches in the computer, its programs, or the monitor that may cause the Black Screen of Death.

Safe mode is a diagnostic mode in all computers and some programs that allow us to repair anything that may cause specific errors. When you need to fix a Black Screen of Death on your monitor caused by the incomplete installation of Windows 10, there is an option in Safe Mode that will help.

To go to Safe Mode, restart your computer and press F8 before anything appears on the screen; you will find yourself in a menu; click the “Troubleshoot” followed by “Advanced Options,” “Start-Up Settings,” and then “Restart.” While in Safe Mode, press the Windows key and “X” to open the Device Manager link; you may then right-click to disable the Display Adapters.

Cool Down Your PC

If your PC overheats and shuts down, you will need to cool it down to use it properly. Placing the PC by a window will keep it cool from the cool air that comes in. For internal cooling, you have the option of installing a new CPU fan that has more power to keep the blades spinning faster and generate more wind.