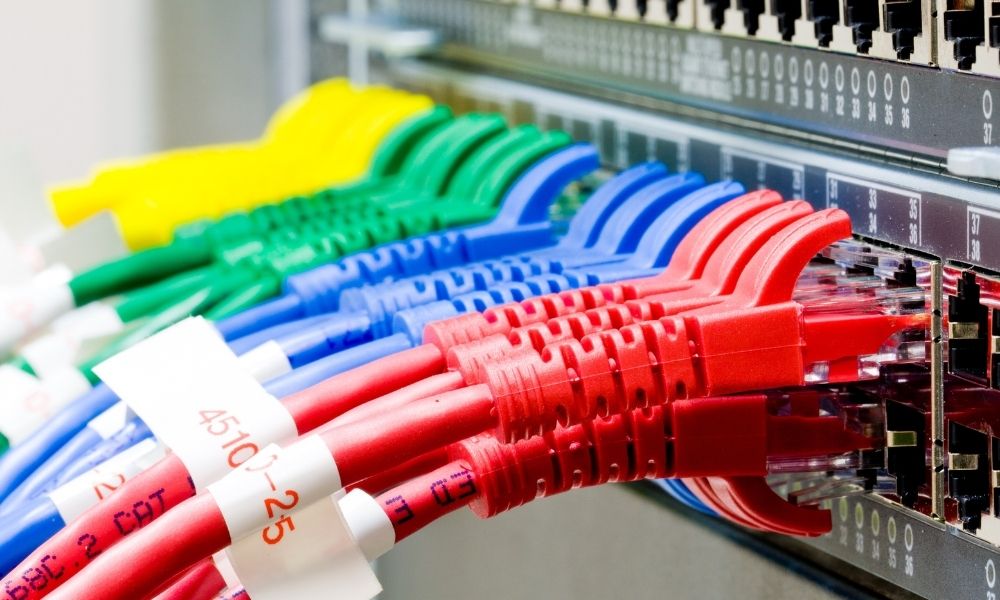 Since its creation, network cabling has vastly changed the way people navigate their online presence, professional and personal, and interact with each other online. Since the early 1970’s, the evolution of network cabling has boosted the convenience of technology for businesses everywhere. So, who do we have to thank for all the perks we have due to wired network systems? CableWholesale offers the following guide on a brief history of network cabling.

When Was Network Cabling Invented?

The network cabling we know, love, and use at our convenience today is not what we started with. Throughout the 1960s and 70s, facilities that needed local area networks simply created costly and massive systems with a wide net of equipment to get the job done. It wasn’t until 1972 that Xerox’s Palo Alto Research Center (PARC) requested a local area network (LAN) from a few of their inventive team members.

At first, Robert Metcalfe and David Boggs of Xerox’s PARC team simply wanted to create a LAN to establish a connection between the Xerox Alto, a personal workstation, and a Scanned Laser Output Terminal, the world’s first laser printer. For inspiration and guidance, Metcalfe referenced a paper on radio systems from ALOHAnet, an organization that enabled data connections between the Hawaiian Islands.

Metcalfe and other employees tasked with creating a network looked to coaxial cables as a part of their solution. Metcalfe ideated that he would run the coaxial cable through PARC’s corridors. Using a bus topology, Metcalfe connected the facility’s computers to the new network by 1973. The network offered 3 Mbps per second – it was an instant success.

For the next three years, this creation remained an in-house system only. Come 1976, Xerox and its team of LAN creators at the PARC opened the floor for other companies to benefit from the perks of ethernet network cabling.

A Timeline of the Evolution of Ethernet

To best explain the rise of technology, we’ve outlined a brief history of network cabling in chronological order:

The Advantages of Using Network Cabling for Your Application

Since its inception at Xerox PARC, wired network cabling has done wonders for businesses all over the world. From massive data centers to at-home offices, wired networks exist and perform for a broad range of purposes. CableWholesale visits the advantages of using network cabling for your application and how evolutions of Metcalfe’s 1973 invention continue to serve people everywhere.

A specific advantage that wired networks have over wireless networks is greater security. With network cabling, data is only accessible through devices connected to the system. Should someone wish to steal sensitive information from a company with a wired network, they would have a much more difficult time than they would retrieving data from a wireless setup.

Businesses that opt for network cabling for their workstations can feel confident knowing that their system is scalable. So long as they choose a network topology that is conducive to growth, companies can easily scale their network up or down to accommodate for their operational demands.

People who utilize wired networks experience much less downtime and interruptions than they would with a wireless network. Ethernet cable connections streamline connectivity, making data transmissions much faster.

Connection with a wired network is not only faster than a wireless network, but it’s also stabler. A lot of things can interfere with a reliable connection on a wireless network – unauthorized devices logging onto the network, insufficient bandwidth, poor router placement, etc.

Set Up Your Cable Network Today

At CableWholesale, we have everything you need to create an efficient and reliable network. As one of the top bulk cable suppliers in the industry, we can guarantee that our equipment is high quality. From Cat6a ethernet cables to connectors and management supplies, you’ll find every component required for a successful cabling system. No matter the size of your facility, CableWholesale has got you covered. Contact a member from our knowledgeable tech support team to learn more about our lifetime warranties and product specifications.