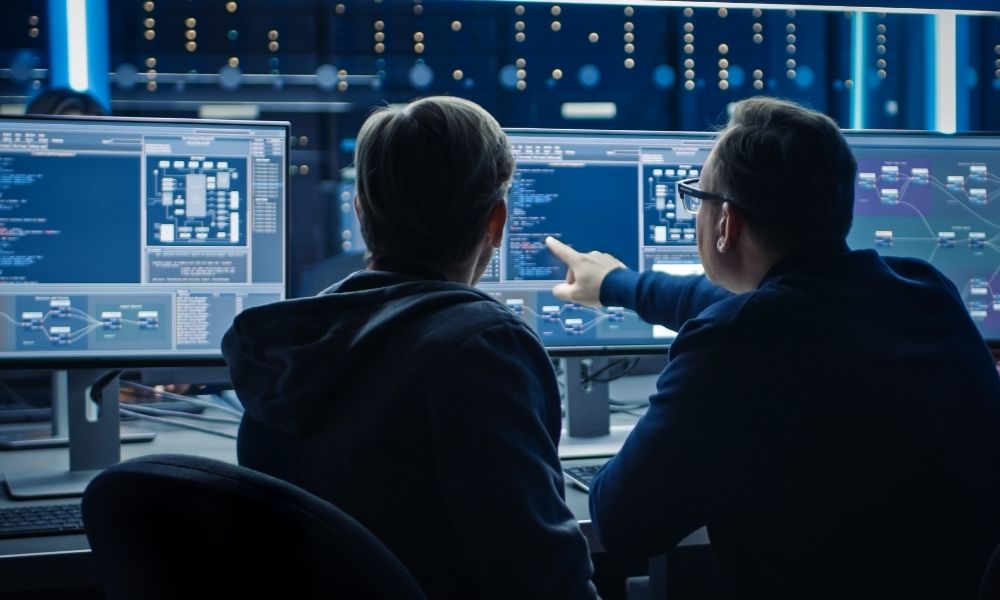 When it comes to computer networks, people use the term “topology” to refer to a network’s arrangement. The four different types of computer network topologies have varying communication elements that distinguish them from one another. The specifics of each topology inform how its network components interact and connect with one another. CableWholesale dives into the most common types of network topologies and what sets them apart.

Bus topologies have the simplest layout. In a bus topology, there is a main cable (also known as the bus) that connects to each of the network’s devices. Network users utilize the main cable to relay data information from one end of the bus to the other.

Because only one cable is responsible for transmitting messages, all of the network’s devices may hear a sent message, but only the intended receiver accepts it. This topology can get noisy, so it’s best for smaller network setups with fewer devices.

In star topology, you use a central hub or switch as a sort of middleman for data transmission. Each network device enlists the central hub when requesting or providing communication.

Star topologies are easy to troubleshoot and scale and have the advantage of one failed node not impacting the others. The centralized device must always remain in quality condition for this topology to work effectively.

Ring topology gets its name from the ring shape that’s formed as a result of each device connecting to two other devices in the network. Devices in this type of topology send messages in a unified direction.

One downside to this topology type is that if one device fails, the rest of the network suffers, too. On the flipside, this makes troubleshooting easier, as IT can quickly locate which node stopped the message from completing its circular cycle.

The two different types of mesh topology are full mesh and partial mesh.

Various connections within mesh topology allow direct, uninterrupted, and secure communication between nodes. However, this topology type does require the most cabling and can get quite complex the larger you scale it.

No matter which of the four different types of computer network topologies works best for your company’s network, you can buy VGA cables and other reliable wire bundles from CableWholesale’s inventory of network accessories. Our diverse cable selection makes setting up your network a breeze.