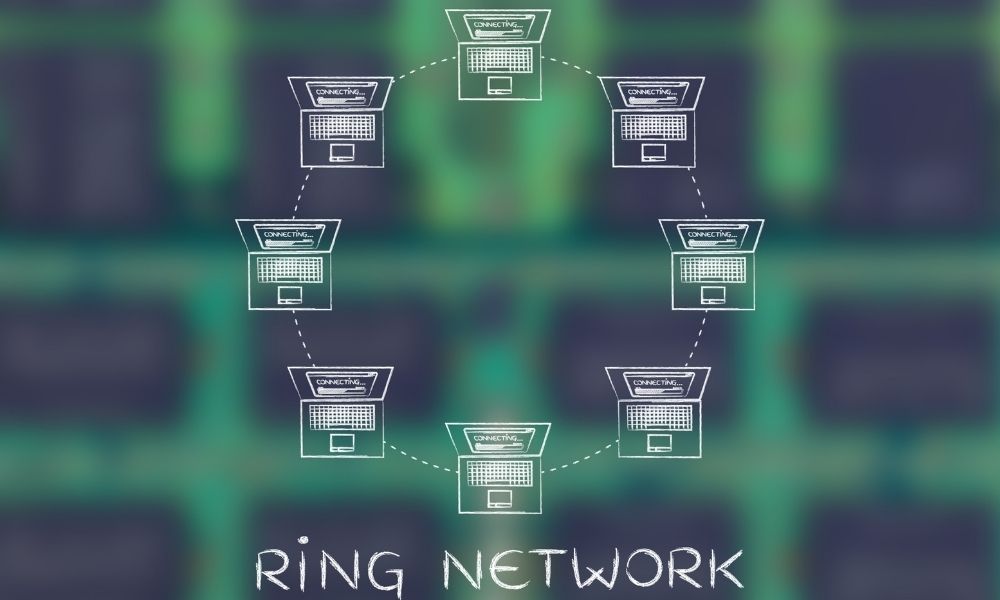 Network topologies are imperative to your network’s efficiency and reliability. There are several popular topologies, all of which have their own unique advantages. Among the most popular setups is the ring topology. In addition to the advantages of a ring topology, it’s also one of the simplest designs. If you’d like to learn more, we’ve got covered in our guide below.

In ring topologies, data typically runs unidirectionally. The benefit of having all your data move in one direction is that there’s a much smaller chance you’ll experience data collisions. Other topologies where data moves bidirectionally can experience what’s called packet collisions. When a packet collision occurs, you often lose some (if not all) of the data in that packet—so you obviously want to minimize that risk.

One of the unique benefits of ring topologies is their ability to utilize token passing. In simple terms, token passing is where a signal passes through each node to allow that node to communicate with the network. Token passing is especially helpful when you need to share information with other workstations on the network, as it’s much more efficient.

Easy To Maintain or Add Workstations

Unlike other complex topologies like the mesh topology, ring topologies are simple—why is that important? It makes maintenance much easier. If something is wrong within your network, you can easily identify where the problem is because there’s minimal hardware involved. Companies specifically benefit from ring topologies because it’s easy to add workstations. In other words, ring topologies support unlimited growth.

As we mentioned, there are many different topologies. Though we can’t deny the advantages of a ring topology, it may not be the best option for some. Most small- to medium-sized businesses can benefit from a ring topology, but massive corporations may need more hardware like switches and a central hub to meet their needs. If you don’t know which topology you should choose, ask a professional.

The team at CableWholesale has decades (and counting) of industry knowledge. Not only do we stay on top of the current trends and technology advancements, but we actually know what we’re doing. Whether you’re looking for a Cat5e Ethernet cable, Cat6, Cat6a, or fiber optics—we’ve got you covered. Contact our team today for more information or check out our inventory online today!