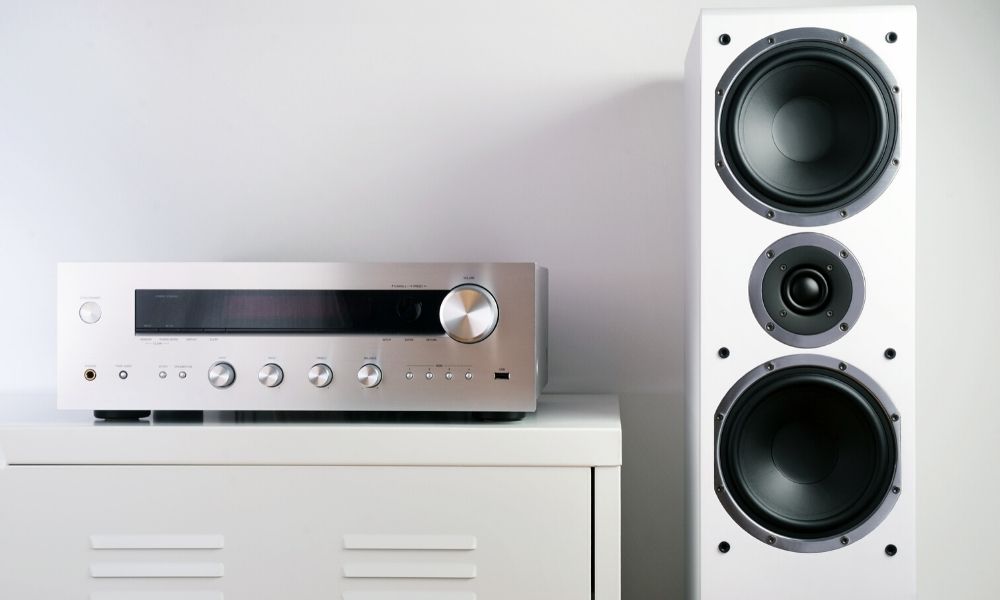 Tell us if this sounds familiar. You come home after a long day of work and you’re ready to relax, so you turn on the TV and the connection is mediocre at best. Your image quality is grainy, the picture’s freezing, there’s discoloration, the audio is cutting in and out. Not to mention, your home theater system doesn’t excite you and it’s outdated. We’ve been there and it’s a shame because you deserve an excellent, state of the art theater system at home. If you’d like to learn the essential items for every home theater system, we’ve got you covered. Read on to learn more.

Start with the screen itself

Now there are two directions you can go when it comes to your screen: a television or a screen paired with a projector. If you’re really trying to create a movie theater at home, then there’s no question, you’re going to need a screen and projector. While a projector and screen offer an authentic viewing experience, there are two major disadvantages: the cost and the required space. A lot of people don't have an empty wall where they can install a screen; plus, a good projector might cost more than your entire entertainment system.

As you might suspect, most households will use a television because they’re more affordable compared to alternatives. Additionally, televisions come in a variety of sizes to fit any home, and the television technology is only improving with time. Whether you’re a gamer, a casual movie and TV show fanatic, or a film aficionado, we’d suggest getting a television that produces 4K resolutions. Anything less than 4K is not only outdated, but companies are dropping customer support for older televisions as well. In other words, the 4K television is a better investment overall.

Create a theater-like experience with a sound system

No home theater system is complete without an excellent sound system, particularly a stereo sound system. Similar to the screen, you also have a couple of sound system options: a set of speakers and subs or a sound bar. If you’re an audiophile, then you’re going to want something like a Bose audio system with surround sound. The primary benefit of surround sound is that it provides the most accurate representation of what’s happening on the screen. In fact, you’ll probably feel like you’re in the scene itself.

Now all this isn’t to say that sound bars aren’t good, because they’re only getting better. If surround sound isn’t something you’re interested in, a sound bar will be sufficient for you. Most sound bars boast clear audio quality and have a stereo mix, which means you’ll still have a sense of surround sound without all the speakers.

Once you have your general set up, that is your screen and sound system, you can begin adding different entertainment options. One option many people have is satellite or cable TV, and having one of these options is great for tuning into local news stations or watching live events like the Emmys. However, satellite and cable TV are becoming less popular because of streaming services which bring us to our next point: you need a streaming device and streaming services. Depending on what you like to watch, you might be able to get by without a streaming device because most modern televisions are Smart TVs. That is, your TV can connect to the internet and have apps that connect you to streaming services. If you’re going to get a streaming device, we’d suggest getting Apple TV 4K or the Roku 4K stick because they’re easy to use.

Lastly, you could add a variety of gaming consoles to your entertainment system. We’d suggest something old-school like the Nintendo 64 and a modern console such as the Xbox One or Playstation 5. By having all the devices we mentioned, you’re going to have plenty of options when you want to relax, or when you have people over and you need to entertain.

Don’t forget to update your cables

Once you have a great setup including a 4K television, 4K streaming devices, and gaming consoles, don’t make the mistake of assuming you’re all set. You should update the cables because the cables manufacturers give you are typically low-quality and they never last. Plus, having a variety of cables can make your home theater setup more versatile. For instance, you could get an HDMI cable with Ethernet that allows you to connect a tablet, phone, or camera to your big screen. Besides, all the devices you’re installing––with the exception of the Nintendo 64––use HDMI cables nowadays anyway, so why not invest in high-quality cables that will last a lifetime?

Far too many people make the mistake of investing in a 4K television without using the proper HDMI cables that can support 4K resolution. That means they were never watching in 4K resolution to begin with. We hope you consider the essential items for every home theater system, that way you’ll have the best viewing experience possible.

If you’re not sure where to begin with HDMI cables or which ones to use, CableWholesale can help you. We’ve been in business for over twenty years because we supply high-quality cables for every need. We believe in the quality of our products so much that we offer a lifetime warranty on all our cables, so you can purchase with peace of mind. Furthermore, if you need help choosing or installing a cable, our customer service team is incredible and always ready to serve you. So, what are you waiting for? Check out our online shop now or contact us with any questions.