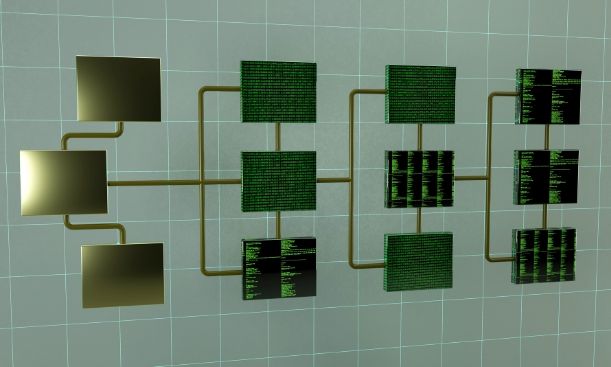 So what exactly is topology? In general, the term topology refers to one of the most common ways to set up networks and identify how all the devices connect to one another. There are several different ways to organize a network topology, but you have to determine which is best for you first. Each arrangement has its own advantages and disadvantages, and we’ll break those down below. However, before you can begin, check out these considerations when choosing a topology setup.

First of all, why does topology matter anyway?

There are several reasons topology is vital to the success and reliability of your network and ultimately your business. First, you, your business, and your employees deserve to work on a reliable network, and your topology plays a large role in just that. Second, the appropriate topology will increase your network speeds. Third, you can cut costs and maintenance since you won't have as many cables, which will allow you to purchase higher-quality cables in the first place.

The different types of topology

Sometimes referred to as “line topology,” the bus setup connects all its devices by a single cable running in one direction. The primary benefit of a bus topology is that they have minimal hardware and maintenance because it’s all one cable, which also comes with financial benefits. On the other hand, a single cable can be the culprit for several disadvantages. For instance, running all devices on one cable makes the network prone to hacking, damage, failures, and downtime. In addition, the single cable can result in an overall slower network. The bus topology is great for small businesses that are getting on their feet and have minimal network traffic. However, the bus setup often isn’t considered a long-term solution as you’ll likely need to upgrade as you grow.

As you might expect, the ring topology is set up in the shape of a circle, leaving each device with neighbors. Ring topology is popular for a few reasons. First, the data can transfer in either direction or both directions, but only one device can send data at a time, which significantly reduces what’s called “packet collisions.” On the other hand, just like any of the topologies, ring topology is also capable of downtime. For instance, if one of the devices along the ring goes down, you could potentially lose data or the entire network. Furthermore, the ring can become overwhelmed with data requests since all the devices along the circle share bandwidth, which can lead to interruptions.

Relatively similar to the star topology, the tree setup also involves a central hub. However, the central hub then connects to secondary hubs. Many businesses choose to go into a tree topology once they begin experiencing growth because the secondary hubs make expansion rather simple. That said, you run into the same risk as the star setup with a central hub. Not to mention, adding additional hubs can make maintenance more time consuming, challenging, and difficult to manage with extra cables.

The mesh topology has a striking resemblance to the star and ring topologies. The devices remain among the circle, but then additional cabling connects devices in a star-like pattern. The primary advantage to a mesh topology is reliability. By combining the ring topology with the interlocking connections from the star topology, you get one of the most reliable networks available. In addition, the interconnectivity allows you to rest assured that no single device can disconnect the network. This all sounds good so far, right? Well, you knew a disadvantage was coming, and it might be an obvious one. Mesh topologies require a lot of maintenance, and their setup should always be done by a professional.

If you guessed that a hybrid topology combines two or more topologies, you’d be right. Hybrids can combine pretty much any topology. In fact, we’ve already seen a couple: the tree and the mesh are forms of hybrid topologies. The primary advantage of this method is merely the versatility; you can think of hybrid topology as a custom setup. However, these topologies get so complex so quickly that most businesses don’t even use them. In most cases, you spend more money on supplies and installation than you would doing it yourself. The average person would take days or weeks trying to figure out how to set up a hybrid topology.

By now, all you’re probably hearing is “cha-ching, cha-ching, cha-ching,” and rightfully so. Some topology setups aren’t too bad, but you have to analyze your budget and find out exactly what you can afford before you choose a topology. Some topologies are much more cost-effective than others. For instance, the bus is much more affordable than the mesh due to all the extra hardware required.

What hardware are you going to use?

Once you’ve worked through your budget, you’ll need to determine which cable you want to use. For the absolute best result, you’re going to want fiber optic cables for their increased transfer speed, but twisted-pair copper cables work fine too. However, the minimal hardware you’ll need includes coaxial cable, Ethernet cable, and possibly even central or secondary hubs, depending on which topology you choose.

Whether you’ve been through this setup process before or not, it’s always a learning process for everyone. However, there are plenty of resources available to help you cross your t’s and dot your i’s and ensure you’ve been through all the considerations when choosing a topology.

At CableWholesale, we’re a trusted supplier for high-quality cables and office accessories. We source our cables from high-quality manufacturers to ensure we’re meeting our own standards. In other words, we won’t sell you anything that we wouldn’t use ourselves. Plus, we understand that setting up networks can get confusing, and we want to help you get up and running. That’s why we offer free technical support over the phone. We have a wide array of products from bulk Ethernet cables to specific sizes, like 150 ft. Ethernet cables. Additionally, we sell quality coaxial cables, hubs, HDMIs, and more. Contact us today for more information.