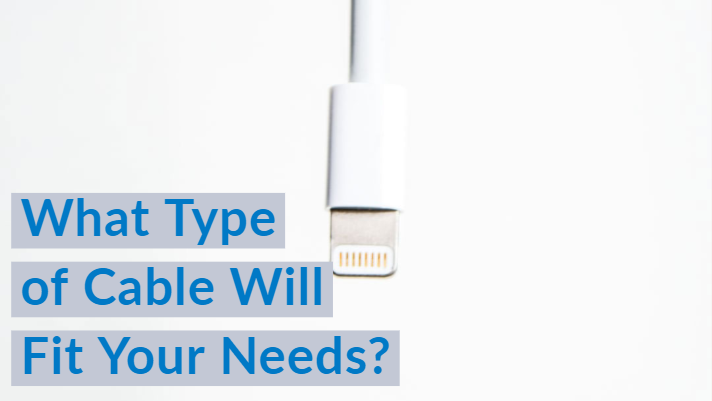 The internet in the last three decades has gone from a pretty niche hobby to an integral part of daily life for the majority of people in the developed world. Around 77% of people in America connect to the internet daily, 43% are online several times throughout the day, and 26% are online almost constantly according to the Pew Research Center. Many people use their internet service to stream entertainment, use social media, or pay bills. In an increasingly digitized world, there are also many people who require fast, reliable internet connections for their employment or secondary education.

The increasing need for faster speeds and more powerful internet performance led to the development of devices that were capable of providing internet users with better network capabilities through either PC or cell phone accessories. One of the key additions to improved internet speeds comes from the advent of the ethernet cable. The Cat5, Cat5e, and Cat6 cables are among the common ethernet cables that many internet users rely on today.

Ethernet Categories and What They Mean

If you’re thinking about using an ethernet cable to improve the performance of your network, it’s a good idea to familiarize yourself with the products available and learn about the specifications of each cable category.

Starting with the basics, a Category 5 or Cat5 ethernet cable is a standard accessory for connecting a router to a PC or smartphone through the use of adaptor cell phone accessories.

Despite being an older model, it still performs fairly well, sometimes better than a home wifi connection. Because they only require two pairs of twisted inner wires, Cat5 cables are slower than the enhanced version, but they’re ideal for users who would like just a bit of a performance boost. They’re designed to perform at up to 100Mhz of bandwidth.

For users who need more power than that of Cat5, Cat5e cables have four pairs of twisted inner wires which should diminish wire interference or crosstalk. These cables can perform at 1Gigabit speeds and 100Mhz. A well-constructed Cat5e ethernet cable provides excellent performance and can last the user five years to a full decade of use.

Finally, for users who need the fastest speeds and higher frequencies, the Category 6 cable is more of a high-end option, but also comes at a steeper price and might be more difficult to install, according to some users. This cable type contains a plastic core and four pairs of copper wires, which it employs when signaling to perform at its highest. The Cat6 ethernet cable has a 1Gb speed and performs at up to 250Mhz.

Ideal Cables for Your Needs

When choosing a networking cable, speed and bandwidth are only two considerations you need to make as you shop around. Another issue to consider is your price range, necessary cable length (typically 55 to 100 meters), and device that requires a connection. While most ethernet cables connect a PC to a router, there are also cell phone accessories like USB adapters that can connect networking cables to a smartphone, tablet, music streaming device, and more.

While increased internet speed can encourage a world of opportunity and productivity, there are issues to consider when it comes to protecting the equipment you use, especially if you have an expensive setup.  In addition to using networking cables, many users choose to run their computing devices from a surge protector, so that sudden voltage spikes do not damage any of the equipment they use.

Fast, reliable internet is only as good as the device that’s running it, so protecting your devices is a wise precaution to take. In fact, 82% of professionals rely on surge protection to prevent electrical damage to their equipment, according to a survey conducted by the Electrical Safety Foundation International.

Surge protectors include a variety of different ports, including standard electrical plug-ins as well as USB ports so that cable cell phone accessories can be plugged in without having to take up a lot of space with a blocky electric adapter.

The variety of different options on the market make it to where users can protect an array of equipment and surf the web with more flexibility than in previous years.