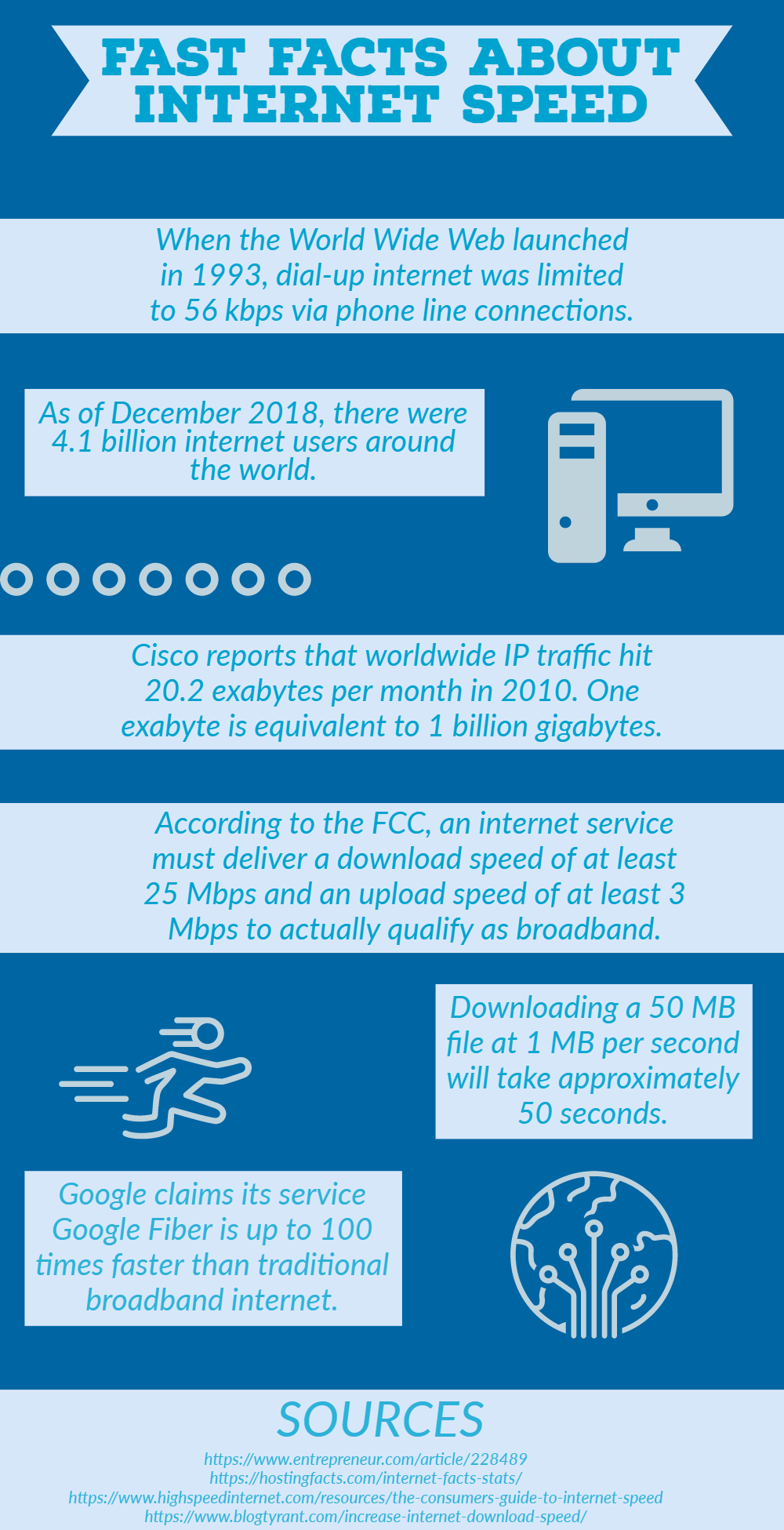 When the World Wide Web launched in 1993, dial-up internet was limited to speeds of 56 kbps. Not to mention the only connection was via phone line. Fortunately, the days of choosing between using the internet and answering the phone are over. Now, broadband service has taken over. The internet is an almost immediately accessible commodity in our daily lives.

In fact, as of 2010 Cisco reported that IP traffic hit 20.2 exabytes per month. One exabyte is equivalent to 1 billion gigabytes. Pair that with the fact that as of December 2018 there were over 4.1 billion internet users and you’ve got a global phenomenon.

But is it fast enough?

Fortunately, there are FCC guidelines in place that help determine what can and can’t qualify as broadband. According to the FCC, an internet service must deliver a download speed of at least 25 Mbps and an upload speed of at least 3 Mbps to actually qualify as broadband. So at the very least, you can count on these minimums. For reference, downloading a 50 MB file at 1 MB per second will take approximately 50 seconds.

And the internet continues to evolve. In fact, Google claims its service Google Fiber is up to 100 times faster than traditional broadband internet. We’re already thinking up speedier ways to utilize the World Wide Web.