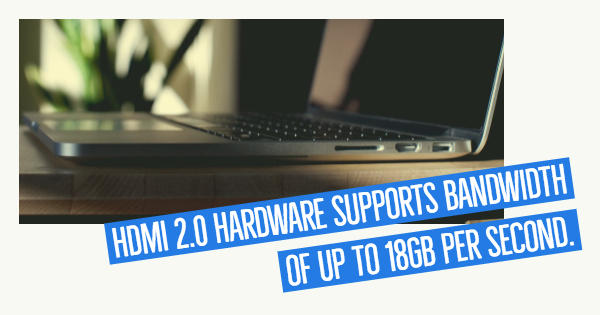 If you’re obsessed with watching all the latest offerings in entertainment, you’ve probably invested in your fair share of HDMI highspeed cables. After all, they’re the technology that allows both sound and picture to be communicated through one cable. But how can you know whether your HDMI cables are letting you down? HDMI 2.0 hardware supports bandwidth of up to 18Gb per second, but a worn-out cable won’t be able to transmit much at all. Here are a few signs that your highspeed HDMI cables might need to be replaced ASAP.

Once you purchase a new HDMI cable, you’ll be able to test your theory once and for all. If you need help selecting a new HDMI cable or fulfilling your other cabling needs, please contact us today.