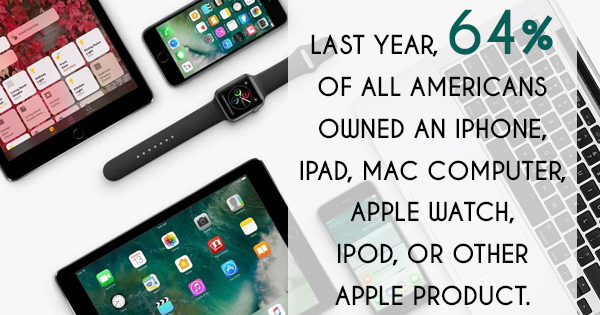 Last year, 64% of all Americans owned an iPhone, iPad, Mac computer, Apple Watch, iPod, or other Apple product. But when you spend that much on the device itself, it can become tempting to look for more affordable cell phone accessories. Although we might realize cheap cell phone cables won’t work as well, we might take the chance anyway, believing we really don’t have anything to lose. However, that might not be the case. As it turns out, you could be risking a lot by purchasing low-priced cell phone cable accessories — particularly when you can’t verify who makes them or where they come from. These accessories could actually cause irreparable damage to your device or (worse yet!) even cause bodily harm. Let’s take a closer look at the risks you take when you buy cheap cell phone accessories from an unreliable source.

Your device will charge more slowly (or not at all)
Really, the best case scenario when buying a cheap cell phone cables is that your battery won’t charge as quickly as it should. In some cases, the cable might not work at all. Your phone may fail to recognize the product or the cable could be a dud. Ultimately, that translates to wasted time (while you wait longer for your phone to charge) and wasted money (on a product that doesn’t function as it should). And if you think to yourself, “hey, it was a really cheap cable; I can always buy another one,” remember those costs add up over time! If you have to replace your charger every couple of months, you won’t be any better off than if you had bought a reliable charging cable from the very start.

Your phone might become damaged
Apple’s lightning cables contain authentication chips, specific circuitry, and wire shielding that can protect your phone and recognize when your battery is fully charged. But cheap imitations often don’t contain these components, which can actually permanently fry your battery or even your phone’s logic board. If your phone’s USB charge chip becomes damaged, you won’t ever be able to charge your decide again. If this element, your battery, or your processor sustain permanent damage, you’ll have to replace them or even your entire device — and that will set you back quite a bit. Is a $700 to $1,000 device really worth risking for the sake of a $5 cheap charging cable?

The cord could cause electrocution
It might seem far-fetched, but the threat of electrocution due to cheap phone chargers is very real. This phenomenon has been known to cause fatalities due to the cables’ low-quality internal components and non-compliance to industry standards. If the elements inside these inexpensive or knock-off cables are not properly insulated, electrocution can occur. A UK-based study found that only 1% of 400 lightning cables tested actually passes basic safety assessments. That’s not surprising, seeing as some users who have bought these cables have said they could “feel” the electric current coursing through them! Your safety (and your life itself) is a lot more important than saving a few dollars on cheap USB cables.

These cell phone cables could start a fire
In addition to the electrocution risk they pose, cheap cell phone cables have also been known to start fires. While Apple’s cell phone cables prevent power surges and overheating, knock-off versions don’t. In 2014, a PCWorld report records nearly 100 cases of overheating, smoke, or fire involving smartphone charges and cables. If this happens to you, your phone will undoubtedly be toast — but your home could also go up in smoke and your family’s safety could be put at risk. To avoid this possibility, always buy the real thing.

While you might assume that buying a cheap cell phone charger will work in a pinch, the truth is that this quick decision could have major consequences. Unless you’re okay with risking your device or your health, make sure to by authentic cell phone cables every single time.